John Keells Foundation held its annual Volunteer Recognition Day at Cinnamon Lakeside on the 13th of June 2016. The event was graced by Mr. Susantha Ratnayake, JKH Chairman and Senior Management who awarded our most passionate and dedicated volunteers. Certificates were ranked Gold, Silver and Bronze based on the Volunteer’s role, number of instances, volunteer hours recorded, and the quality of the volunteer’s contribution. 65 Gold certificates, 135 Silver certificates and 445 bronze certificates were given to our volunteers. Special trophies were awarded to two exceptional volunteers, while a few volunteers received special certificates for their commitment that exceeded expectation.   In the year 2015/2016, we recorded more than 624 volunteers in 1611 instances. 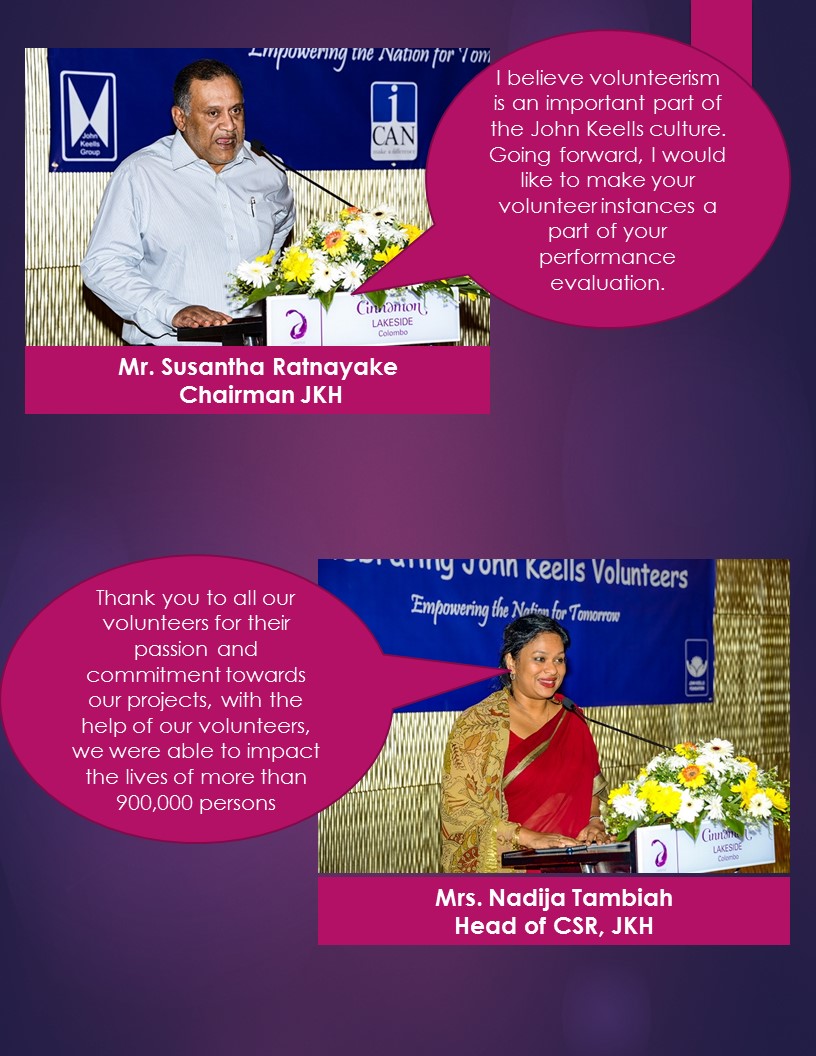 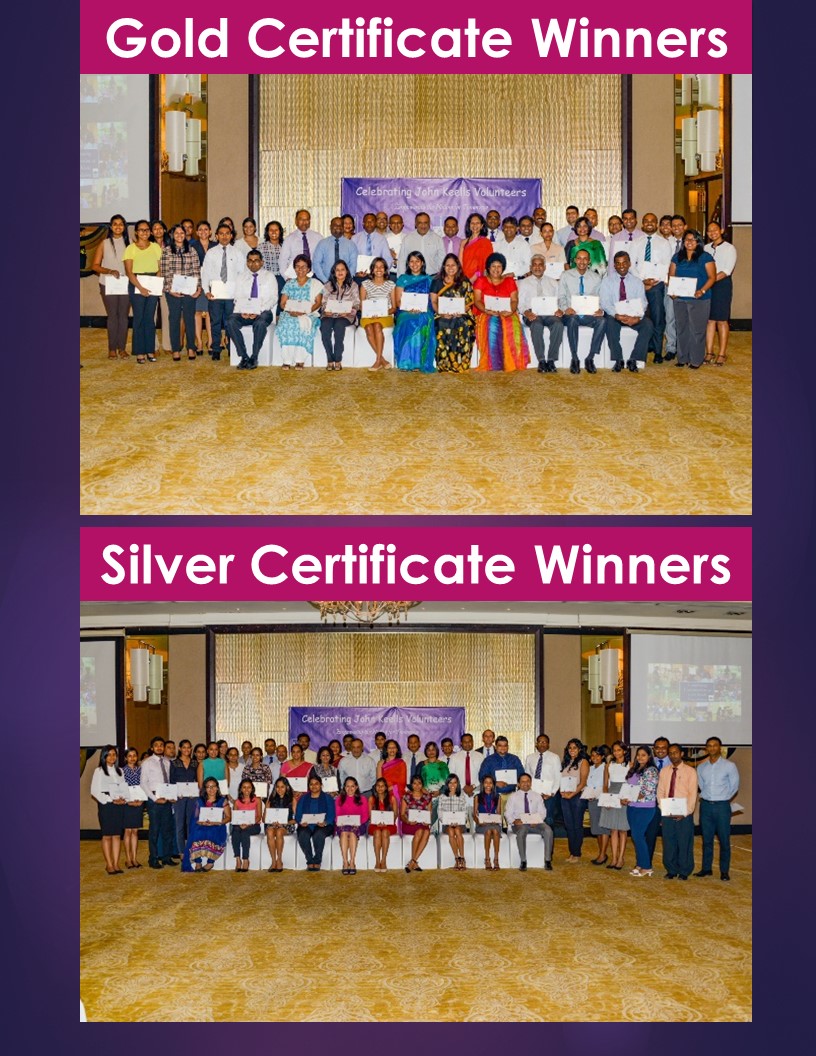 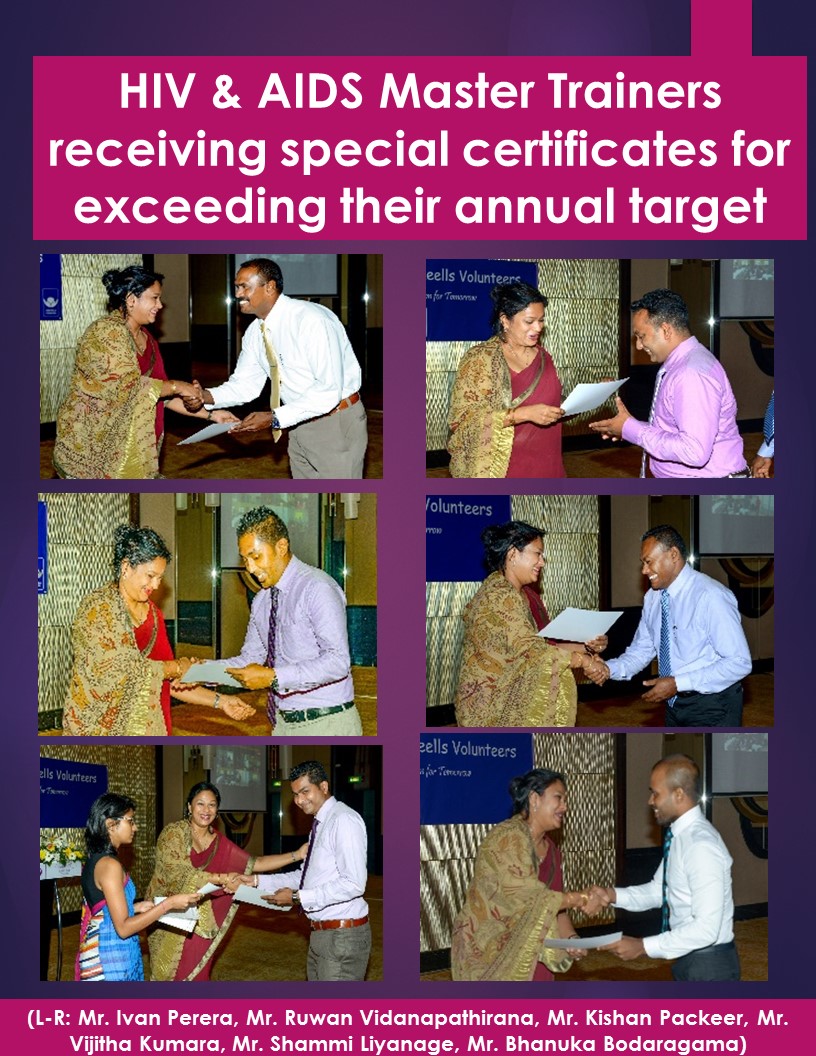 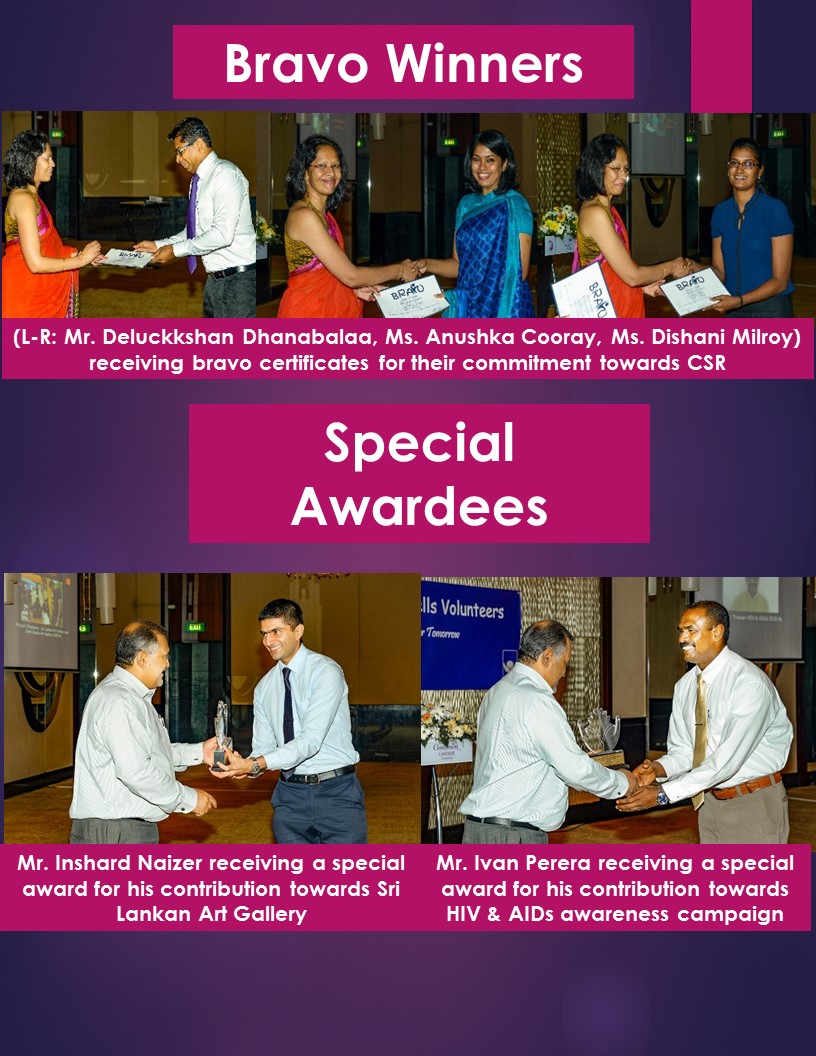