In line with our vision of preventing the spread of HIV and discrimination and stigma relating to HIV & AIDS, an awareness poster campaign was organized with important messages circulated throughout the John Keells Group:

With an objective of increasing our reach on awareness creation among the community, John Keells launched a web-based E-module that will be accessible free of charge to the general public. 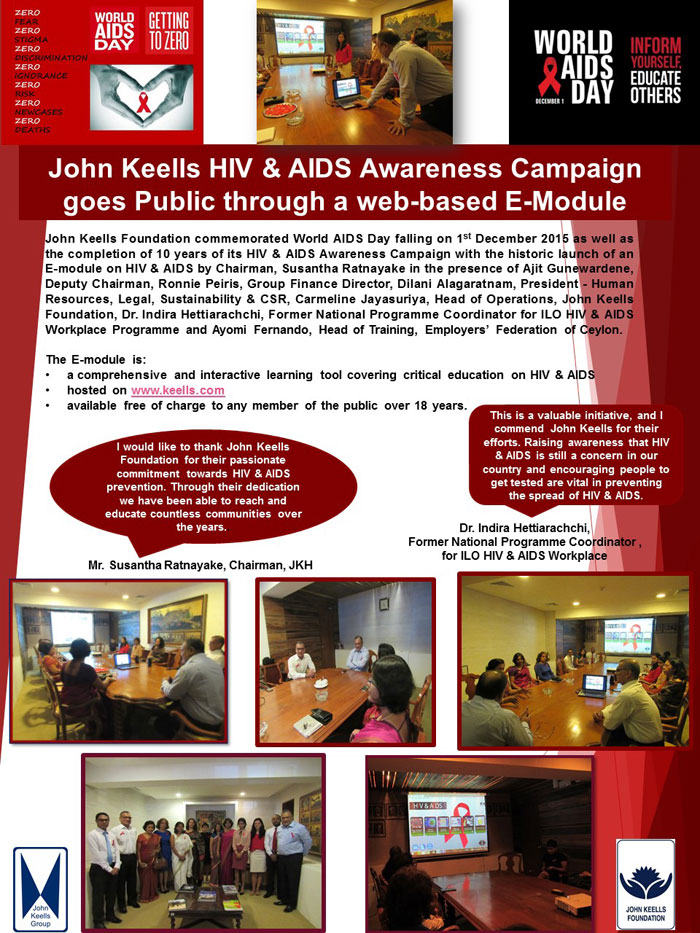