EUNIC Sri Lanka together with Cinnamon Hotels & Resorts presents the fourth edition of Cinnamon Colomboscope, a contemporary and multidisciplinary arts festival that takes place in Colombo. This year, the festival will be titled Testing Grounds: Art and Digital Cultures in South Asia and Europe and will be held from 25 August to 1 September.

Digital technology plays a significant role as Sri Lanka seeks to reimagine its future and find its unique position in an increasingly globalised, business-driven world. As in all other fields, the arts too will respond to the changes brought on – among others – by digitization. This year, Cinnamon Colomboscope will provide ‘testing grounds’ for a new liaison between contemporary art and digital technology in Sri Lanka.

The main venue for the festival will be at the General Post Office, Fort; an iconic colonial building erected in 1895 and unused for the last 20 years. Visitors will be able to engage with audio-visual, responsive and interactive installations as well as image-based artwork in an extensive exhibition. Over 50 Sri Lankan and international artists will contribute to this year’s programme including screenings of experimental films, audio-visual performances and an online exhibition that can be accessed from anywhere. Through a series of workshops and public conversations, the festival will foster knowledge exchange between Sri Lankan and foreign artists, local and international technology specialists and the audience.

Cinnamon Colomboscope 2016 will be curated by Susanne Jaschko, a renowned expert in the field of media arts who can 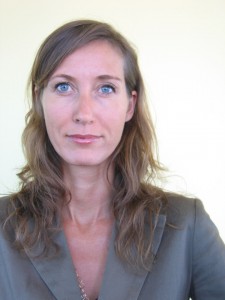 look back on an impressive list of international art events and exhibitions. “Testing Grounds,” she explains, “will be experimental in nature, and rich in contrast. For most local and South Asian artists, working with electronic and digital media is a new and widely unchartered field, while artists in Europe have been working with new media for over 25 years. Cinnamon Colomboscope will create an awareness of the impacts that digital technologies have on our societies and cultures – among which are data privacy and ownership issues – which need to be addressed in Sri Lanka.”

Established in 2012, Cinnamon Colomboscope is a festival that evolves and changes shape with a new curator each year.

Cinnamon Hotels & Resorts is the title sponsor of Cinnamon Colomboscope and this event is organised by EUNIC Sri Lanka comprising the Goethe-Institute, British Council and Alliance Française de Kotte. The festival is supported by contributions from the John Keells Foundation, Cinnamon Life, Art TV, Swiss Embassy, Dutch Embassy, Turkish Embassy, German Embassy Teheran and the University of Quebec. The festival is held in venue partnership with the Postal Department.